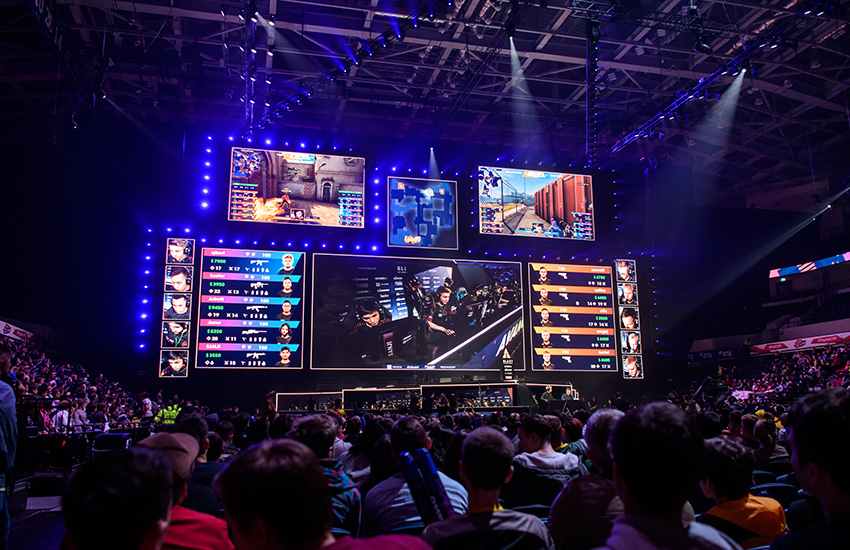 Fans didn’t gather around their screens in record numbers for the Super Bowl, World Series or even soccer’s World Cup. These fans were watching the 2021 League of Legends World Championship Final, a battle between elite computer gamers. It was the largest viewership ever for an eSports event.

If you are over a certain age, you might not know eSports exist and you’ve probably never heard of games like League of Legends, Fortnite, Counter-Strike, Call of Duty, Overwatch or Madden NFL – all games currently popular with eSports enthusiasts. eSports is a broad term that includes everything related to the world of competitive, organized video gaming. Its popularity is exploding, and viewership is reaching numbers that rival major mainstream sporting events. To put its popularity into perspective, about 12 million people watched baseball’s World Series, 112.3 million watched Super Bowl LVI and 1.12 billion watched soccer’s World Cup final in 2018.

“The stats are showing 61% of Gen Zers prefer (digital) gaming over traditional sports,” said Grant Johnson, chairman and chief executive officer of Esports Entertainment Group (Tii:GMBL). “While they are still young and as they move through their journey – going to university and graduating – and as they start getting jobs and spending, they are going to be spending their recreational dollars on (eSports and computer gaming) and it’s going to have a major impact.”

Other News and Articles

Is the ever-changing face of global privacy a good thing?